During the holidays, I decided to spend my first Christmas in New York City alone and after drinking a bottle or three of wine, I am determined to get back in the saddle again and update the online dating profile for the New Year… In walks in The Karaoke Cowboy…

So, it’s the same old story… you flirt back and forth on line, talk on the phone, set up the first date and you’re going to show up with an open mind and hope for the best. The first date is nice, we meet for drinks, dinner, have a great conversation, yet he’s always hiding across a table and etc. It’s winter, we’re in a lot of clothes..Is this guy wearing a fat suit? Its dark in here and I can’t tell..maybe it’s just the coat.

I have a nice time, but not convinced that I have any interest… to make a long story short, this guy was a nice guy, but besides the first date, every other date ended up with him directing us to some random bar to watch him sing Karaoke…with serenading me with multiple country/western song’s because I was from Texas. Then, he would get ridiculously drunk and try jumping me.

After one date, I remember running into the nearest taxi and leaving him on the street and grateful that the taxi came at the exact same time. The guy was nice, but was determined to continue to pursue me… I gave it several college tries, but I couldn’t do it. I felt no chemistry with this guy…not to mention, the Karaoke drove me crazy…especially, when he told me that this was his dream night out and he went 2-3 times a week to karaoke bars just to sing.

I think the last straw was the night that he showed up on my street hammered after being at a dinner with coworker’s and kept telling me that he got a new promotion and could “take care” of me and would be “very generous” to me in bed… I wanted to vomit and couldn’t peel his hands off of me or calm his drunken behavior without being pretty blunt. Such a disappointment, I’ll never forget him trying to guilt me about him actually trying to get me to let him stay at my apartment, let alone find out where I lived vs. him taking a Metro North train back out to the suburbs home.

Opposites may work at times, but a drunken scotch drinker in a fat suit,  pawing all over me, then serenading me were not my idea of a good match.

After this disappointment and him stalking me for about 3 more months… I decided to stop dating and to focus on myself for a while… convinced that Prince Charming, or at the least a decent man with some character would come along and sweep me off my feet… does this truly happen to anyone?

2/3years later, this guy still has the same photos on his dating profile. 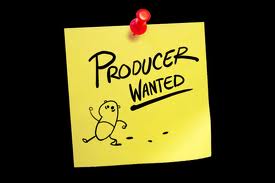 So, my initiation to dating in New York City was not the typical transition, I aimed high in the Big city with Bright Lights… I landed a Broadway Producer to charm the pants off of me… literally.

As all good things must come to an end, we had our ups and downs… months of texts, stolen phone calls, and then he would just “appear” in NYCity and expect me to come running, drop everything.. see him between interviews with journalist’s, show’s and etc. You see, it was doomed from the beginning, as we lived in different dimensions.. I, the girl with the 9-5 job and he didn’t generally start his day until later, and then wouldn’t get out until after midnight. We met in dark corners of hotel bars, lounges, dinners in amazing places, I have seen the most amazing hotel’s in NYCity and most of his room’s had bigger bathroom’s than my entire apartment. Now, I know what it sounds like, but we also met for coffee and yes, he came to my tiny studio on Sunday morning one time pleading with me to stay in his life.

So…it’s 2010 and I’ve been traveling to NYC on business for a year…let’s see how much that I can capture from my memory..

I’m traveling here, living out of a suitcase, airplanes, coach seating.. some aisle, window and a few middle seats trying to schlep back and forth for business.. always searching YELP for the best restaurant closest to the hotel, checking out a bar here and there…reading a book over a glass of wine and trying not to “cramp the style” of my friends that live in the city with my constant evening adventures in search of my dinner..

One night, I was traveling and they couldn’t find me a hotel any where close to the office in Midtown East and placed me in a god awful hotel room in Times Square with paper thin wall’s, if I spanned my arm reach.. I could touch the wall’s and I actually had a SINGLE bed.. and, get this.. to watch the HUGE 60” flat screen tv, I had to lever it and swing it from the side wall above the bed. Yeah, high class, baby.. Did I mention that I was in Times Square?!?!? Well, not only was I in Times Square, my paltry excuse for a hotel room with the single bed, which was somewhat similar in size to a closet that I once had…I realized that I also was in the back of the building and directly next to a famous Broadway show with loud music, of which I could hear while I was in the room 2 times a night.. LOL.  Now, who will complain about the free show from the hotel closet that my company was paying a great deal of cash for?!? Hmm.. My bathroom happened to be larger than the bed actual room, which was extremely odd.

Either way, I found the greatest little Italian restaurant from my nightly scavenger hunt for dinner. The place was always crowded with the Broadway crowd and I perused up to the bar to get nice glass of Super Tuscan to wash down my Caprese Salad..followed by their Penne Arrabiatta, which reminded me of my many visits to Italy…This place became a staple dinner to me in the city during my travels.

One night a month or so later, I walked late out of the office, back to the stuffy hotel that I was staying in Midtown East and craving the same dinner experience… I traveled through the streets of midtown in a casual outfit back to my Italian place… to an empty bar to get dinner.

As I was sitting there… enjoying my wine.. I noticed someone staring at me from the front of the restaurant outside.. I knew immediately that he was coming in to sit next to me.. Again, empty bar.. me, bartender.. you get it.

Long story short, within 5 minutes, he’d taken the seat next to me.. not even a chair between..drummed up a conversation and had talked me into coming into the 2nd half of the Broadway show next door. He walked me in himself, gave me a 2nd row seat and told me that he wanted me to “text him after to tell him how the show was and if I disliked it, he would refund me the money of the ticket!?” Yeah, the very one that I didn’t pay for.. then brought me a beer to watch and enjoy the show..  I thought to myself, “Wow, NYC is AWESOME!!”..

Anyway, the show was amazing, I was up dancing, laughing, singing and soon realized that the show was the VERY SAME SHOW that I’d heard 2X a night earlier during my stay in the tiny hotel room from hell.

Did I mention that I also worked for a tyrant who was not only calling my cell phone at 11pm at night during the show to get me to call a candidate?!?! Yet, was also incessantly texting me while I was there..so, when I walked out.. I was standing amongst the brazen dirty remnants of Times Square on the phone next to the ragamuffin version of Elmo and Smurfette returning call’s…and completely forgot to text the guy, who happened to be the Producer of the Broadway show!?lol

Either way, afterwards, I did text.. he invited me out for drinks, but I had an early morning, “Thanked him” and declined. HE then texts.. “How about a PROPER date tomorrow night?”

Now, how does a girl turn this down, knowing that I would have to determine where my dinner plans would take me any way….this helped with that situation, so I accepted.

At this moment, I was thinking… NYC is Magical…. And it still is. Yes, I went out with the Producer, met him several times thereafter before realizing that his reality and mine were on two very different realities. We became very close & connected on occasion…however, all that glitters is not gold. *remember this

However, it was a neat experience…there is WAY more to this story… however, I’ll be very clear that all names in this blog will be considered fictional…. umm… yeah.. here is the line:

All characters appearing in this work are fictitious. Any resemblance to real persons, living or dead, is purely coincidental.

What dreams may come?