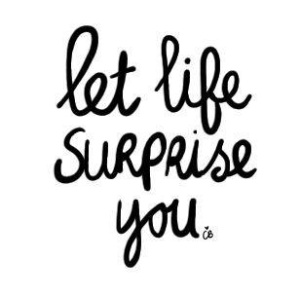 After the drama of being lied to by, “The Namechanger”, you can imagine my view on dating again, especially via online methods were skewed completely, as I had just managed to have one of those awful experiences where it becomes urban legend and you only hear in bar’s over too many drinks at a Happy Hour with your girlfriends…dating nightmares, men to be suspicious of and dating drama…haha.. all of them were me, in a nutshell. I was for a brief moment, calm…processing it, then I was indifferent, then I managed to get truly upset and started second guessing my own actions to have not noticed that I was being lied to in multiple areas.

Moving forward, we must change the rules:

I continued to be “open” to online dating, and so walks in “The Good Guy”… He was such a good guy, that he still makes me laugh and smile when I think of him, but it was not good timing on my part, nor was I ready to date quite yet and even though I would want us to work out because I did enjoy his company, we just weren’t compatible.

He was one of those people who doesn’t own a TV and is very proud of the fact that he hasn’t watched a sitcom or owned a TV in over most of his life. I have a DVR and watch and record more series than he’s heard of, I keep my TV on all of the time, and even when working…I cannot live without watching my TV. I should tell you that I not only have a TV, I have a SMART TV with 3D, Internet and subscribe to HBO, Showtime, Cinemax, Amazon & Netflix and actively watch all of them.

He’s always in a triathlon, he is divorced, and he’s into outdoors to the extent that I’m not, but it all sounds amazingly exciting. I do Pilates, yoga and am not a runner. I surf on the sofa.

We had a few great dates and ultimately, after I returned from a trip to Cabo, he met me after running a triathlon, then plying in a tennis tournament, to walk The Met Museum with me, then drinks, and dinner. At the time, I was trying to battle a virus that I’d returned with from Cabo, which was making me extremely sick. Because he lived so far away, I did allow him to sleep over, but it was just sleep (seriously). Then, he woke me up at 6am, then at 7:30am wanting to go take a brisk walk along the river, find some coffee, croissants and etc. Mind you, I am not a morning person. So, this was not sealing the deal here. I need someone to coax me out of bed, fill me with coffee and then, send me on my way.

I wished on some level that I could be the girl who would be able to compliment him for who he was and yet, I knew I couldn’t. So it faded away and all ended with no more contact. I think that we’re still connected on some social media outlet, I did see him once while walking through Grand Central and he was speaking with someone else and didn’t see me, which was strange enough…who runs into anyone in Grand Central at rush hour? 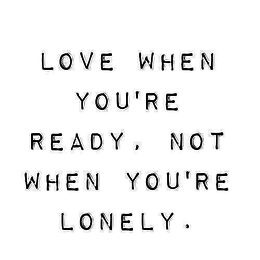 With this, I had kept my online dating profile up, but was about to take it down when I received an odd email that morning on my way to work on the Metro North train and read it… It read, “I wanted to reach out to you once again, as I never received any reply from my first email and there was no photo posted of me, as I need to be discreet with my job. However, I have a few up now and would like to meet you and learn more about you…. Cheers,”

Hmm… He was handsome, british (hmm..love the accent), my age..(hopefully, this was true), his online profile name had the word, “HONEST” in it (could this be a sign?), and so I replied something like, “Many apologies, I was about to remove my online profile when I saw this. However, I do not recall seeing an email from you before, but if there was not a photo attached, generally, I will erase it… Sorry? Heather”

He initiated a dialogue back and forth for the next week it seemed via chatting and email’s learning about one another and flirting innocently, maybe two weeks until he sent me one on a Saturday asking if I would like to meet him or available for a drink that week, preferably on Wednesday evening. I decided to accept, but had thought nothing much about it. As I’d resolved myself to no more piss poor dating scenario’s, all would be me as a guy going in as a drinking buddy…laughs and a good time, but not thinking about it being something romantic, as that would likely just break my heart again, or possibly just kill what hope that I had left inside me. At this point in my life, I had become a vulnerable, emotional woman and had found myself for the first time in my life wanting to find a partner.

In walks in, “The Diplomat…

So, my initiation to dating in New York City was not the typical transition, I aimed high in the Big city with Bright Lights… I landed a Broadway Producer to charm the pants off of me… literally.

As all good things must come to an end, we had our ups and downs… months of texts, stolen phone calls, and then he would just “appear” in NYCity and expect me to come running, drop everything.. see him between interviews with journalist’s, show’s and etc. You see, it was doomed from the beginning, as we lived in different dimensions.. I, the girl with the 9-5 job and he didn’t generally start his day until later, and then wouldn’t get out until after midnight. We met in dark corners of hotel bars, lounges, dinners in amazing places, I have seen the most amazing hotel’s in NYCity and most of his room’s had bigger bathroom’s than my entire apartment. Now, I know what it sounds like, but we also met for coffee and yes, he came to my tiny studio on Sunday morning one time pleading with me to stay in his life.